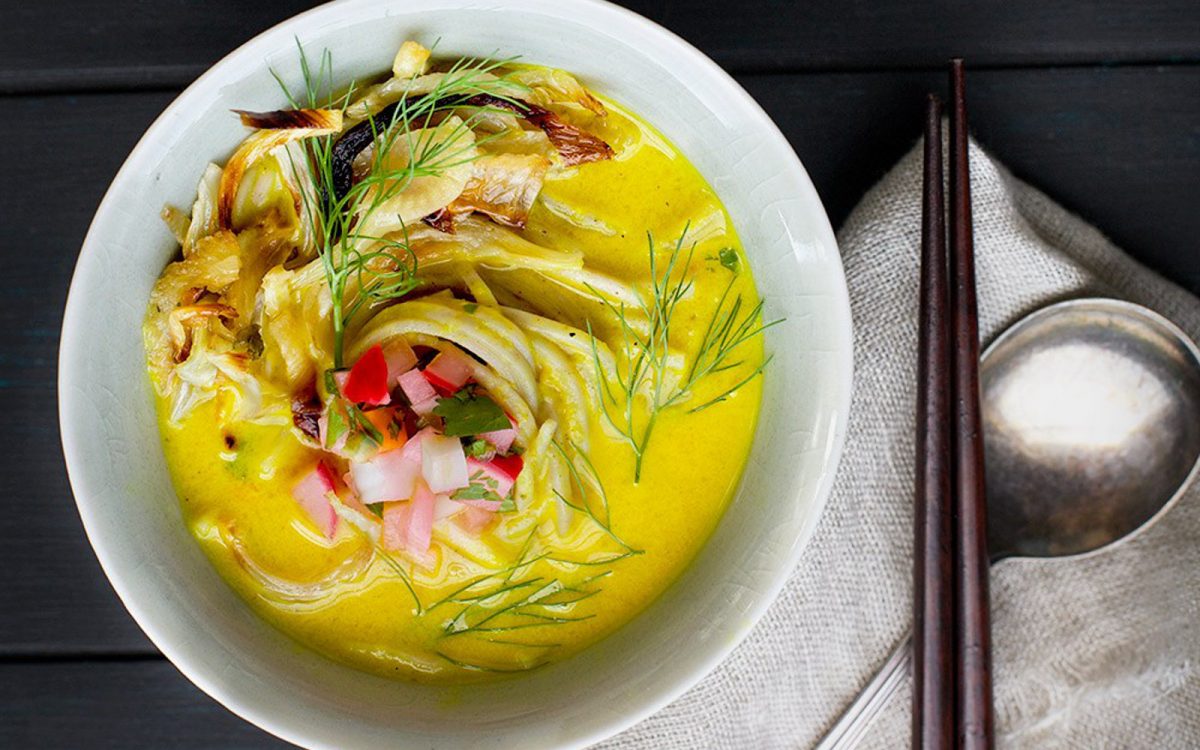 We're sure you've seen golden smoothies, balls, and bowls popping up all over the internet and this Golden Fennel Soba Noodle Soup falls into that popular category by incorporating a vibrant, turmeric and coconut broth for its base. However, the addition of the roasted fennel, the puréed, roasted yellow peppers, and the garnish of pickled vegetables make this recipe the gold standard for golden foods. This soup is truly phenomenal.

For the Pickled Vegetables:

To Make the Pickled Vegetables:

To Make the Soup: