Bisquick Coffee Cake is a moist cake with crunchy cinnamon sugar topping that’s easy to make! You can have a homemade baked coffee cake for breakfast (or dessert) in about 30 minutes!

You can make Bisquick cinnamon coffee cake for a larger group by making a few at one time!

Scroll down to get the printable recipe card or read on for tips and details on making your own easy Bisquick Blueberry Coffee Cake! 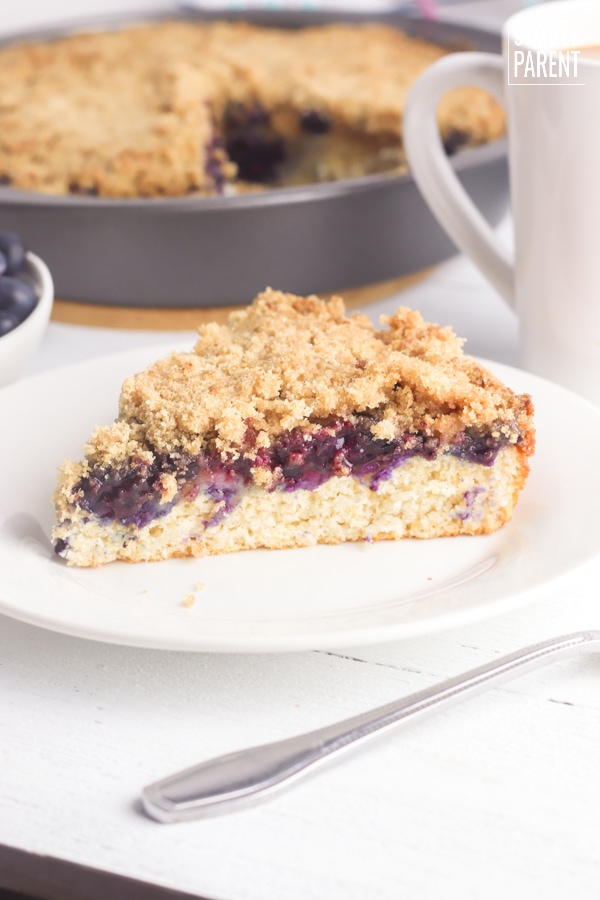 Bisquick cake recipes with fruit are some of my favorites. They’re great for breakfast (like this blueberry coffee cake recipe or Bisquick Cinnamon Rolls) and for dessert (like this Bisquick Peach Cobbler recipe). And sometimes you can swap them for either! Even leftover cobbler can be breakfast, right? 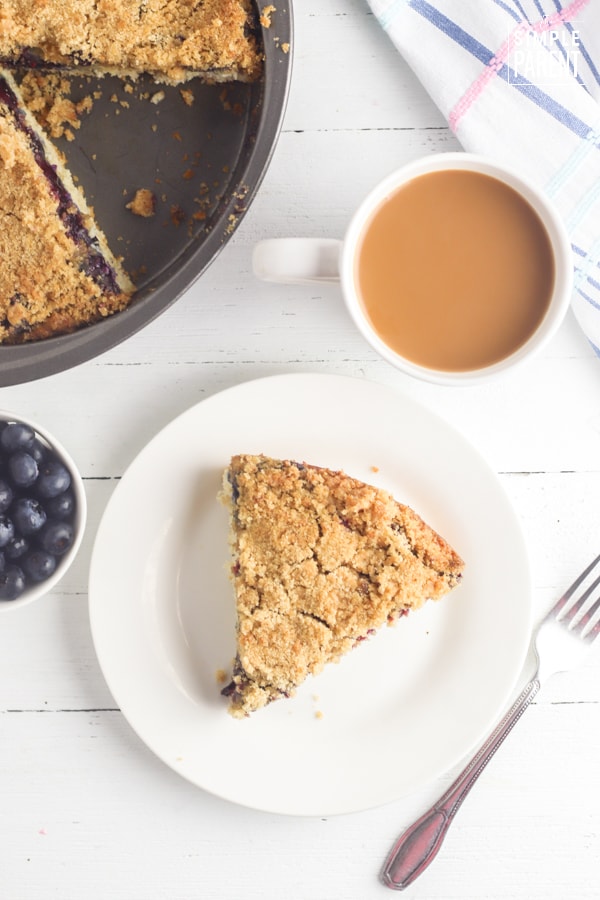 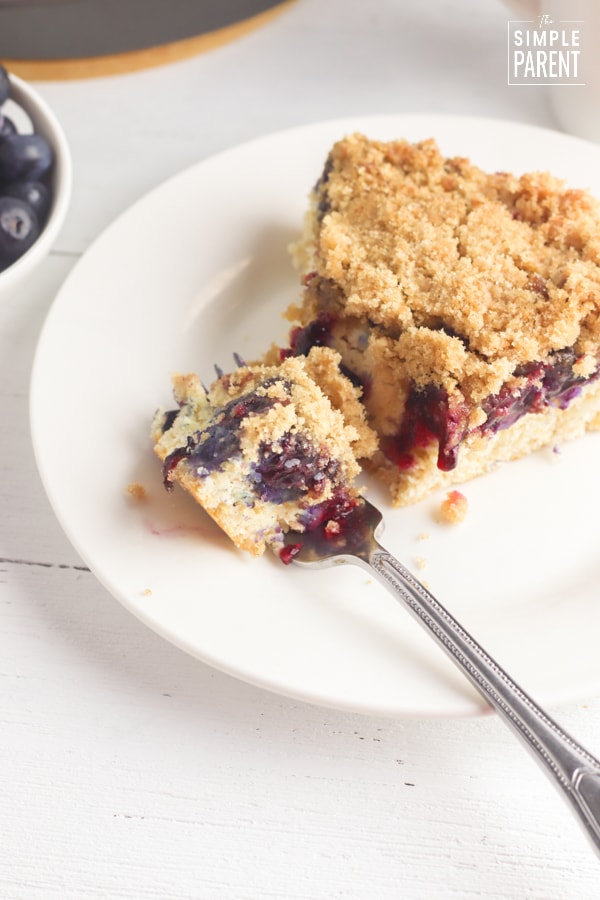 The boy bait name comes from a story of a teen girl who submitted a blueberry coffee cake recipe to the Pillsbury $100,000 Recipe & Baking Contest in 1954. She placed second in the youth division with her “Blueberry Boy Bait” recipe. This Bisquick Blueberry Coffee Cake is a quick way to make a similar recipe! 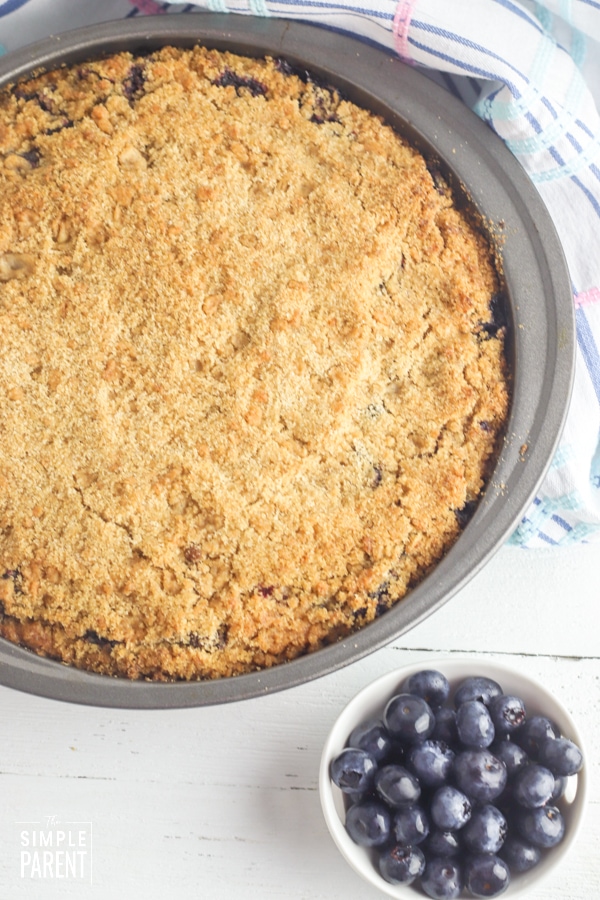 To make this blueberry streusel cake, you’ll need ingredients for the crumb cake and for the topping. You’ll need:

Exact measurements are listed in the recipe card at the bottom of this post.

This recipe makes a 9″ round coffee cake. You can also use it to make blueberry coffee cake muffins. 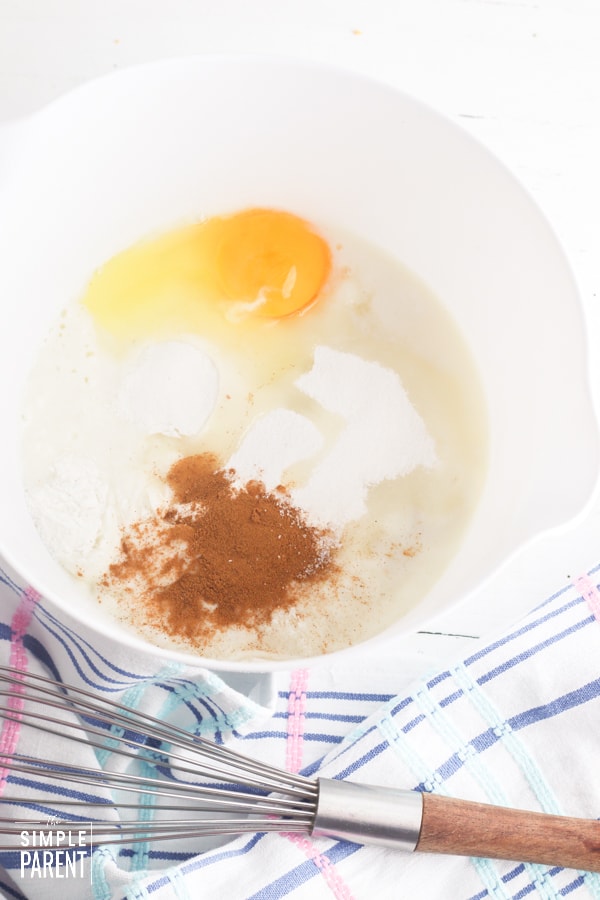 To get started, heat the oven to 400°F and spray a 9″ round cake pan with nonstick cooking spray.

Mix the Bisquick, egg, milk, sugar, and cinnamon together in a large mixing bowl. Stir the ingredients together until they’re combined. Don’t overmix. 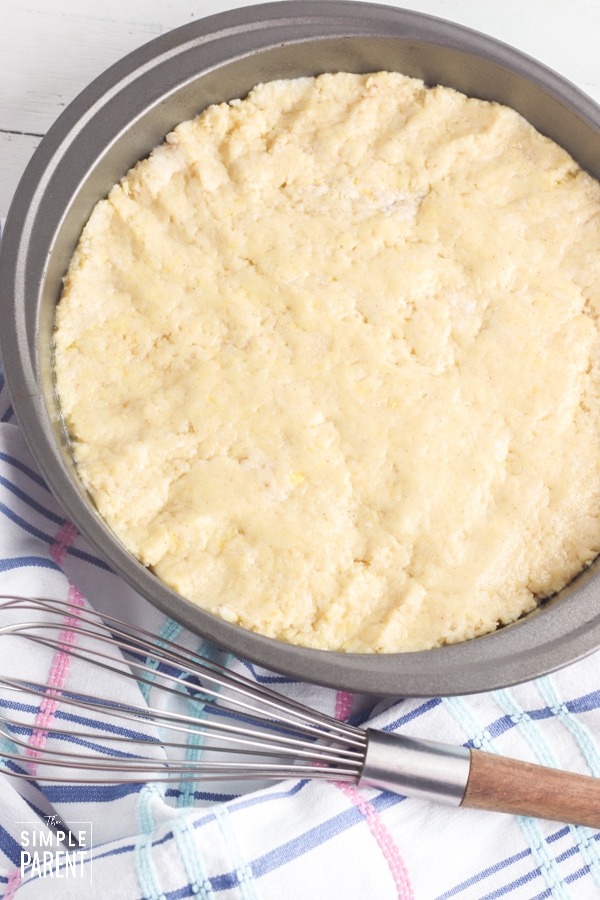 Spread the batter into the round pan.

Then layer the fresh blueberries on top of the batter. 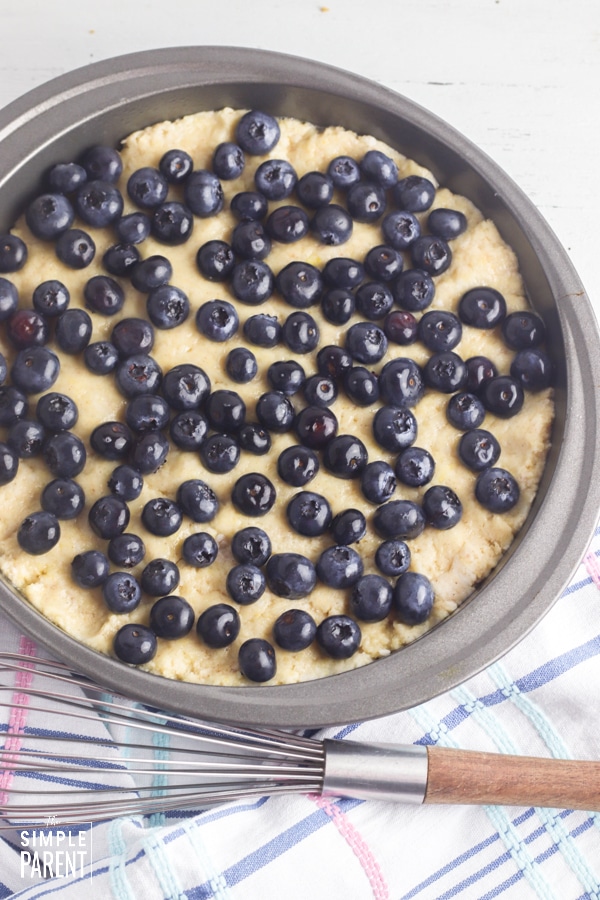 Make the crumb topping by adding the Bisquick, brown sugar, cinnamon, and butter cubes in a medium mixing bowl. Use a fork or a pastry blender to blend the ingredients together. You want the mixture to be similar to coarse sand in texture. 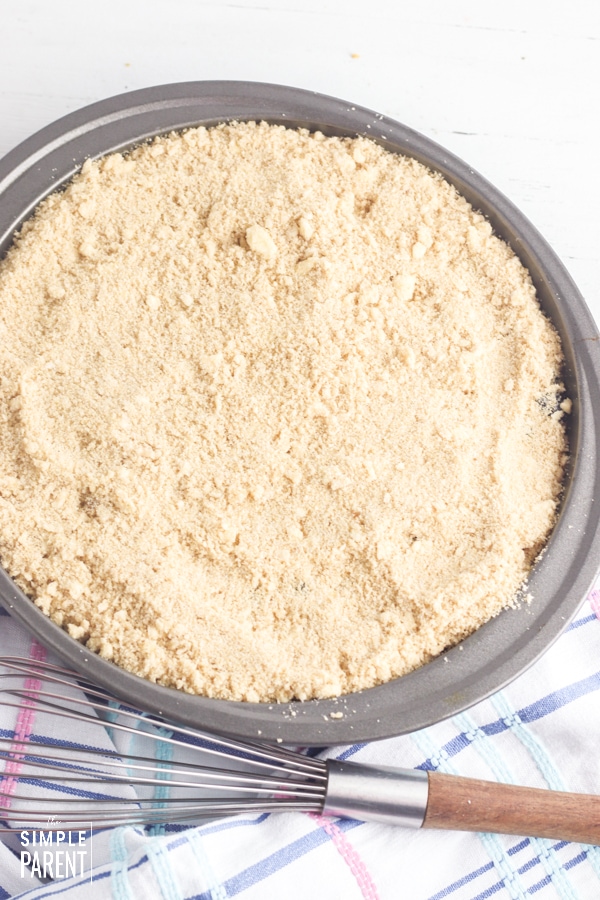 Sprinkle the streusel topping over the blueberries.

Bake for 25 minutes or until a toothpick inserted in the middle comes out clean. 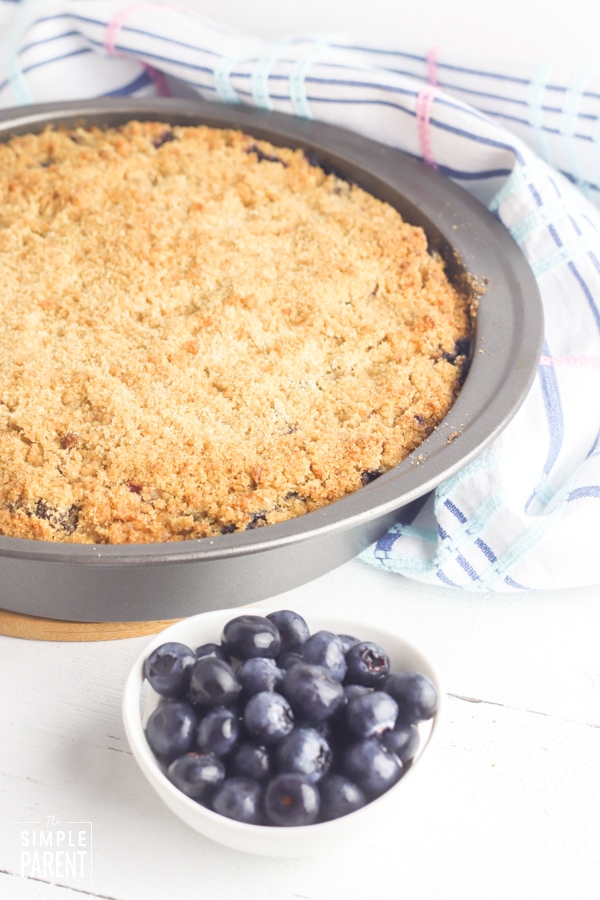 Take the cake out of the oven and allow it to cool slightly before serving. 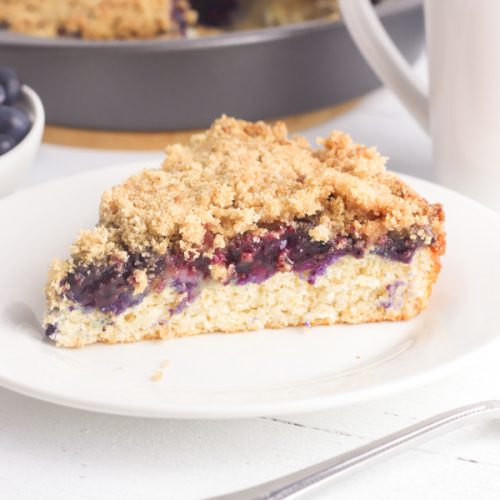 Ingredients for the Cake

Ingredients for the Topping