Bisquick Cinnamon Rolls are so easy to make! If you’re looking for Bisquick breakfast ideas or Bisquick desserts, this recipe nails them both! You get delicious cinnamon rolls without having to wait for dough to rise.

If you want a small batch of cinnamon rolls right now, this is the recipe for you!

Scroll down for the printable recipe or read on for tips and details on how to make this Bisquick Cinnamon Rolls recipe! 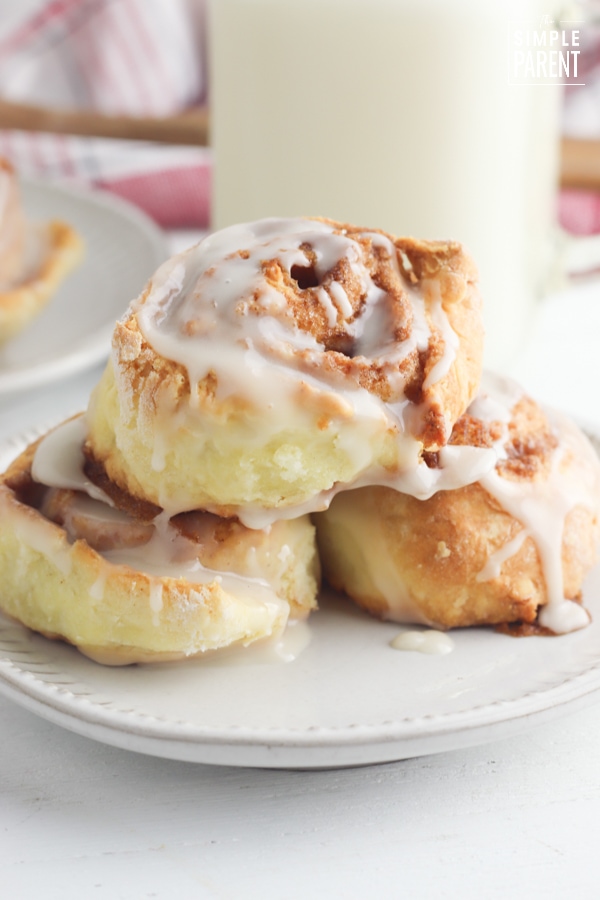 If you thought Bisquick was just for making pancakes, your mind will be blown! You can make delicious and easy recipes like Bisquick Chocolate Chip Cookies and Bisquick Peach Cobbler! That’s how versatile Bisquick is! So if you find yourself ready to bake but you’re missing some ingredients, it can be a great substitution! There are so many things to make with Bisquick!

Cinnamon rolls made with Bisquick are quick and easy to make. You can prep them in about 15 minutes and they take less than half an hour to bake before you’re enjoying the sweet, cinnamon comfort food!

This recipe makes 8 cinnamon rolls at a time so it’s perfect for small batches. It’s easy to whip up a few batches at a time if you’re making breakfast for a larger group! 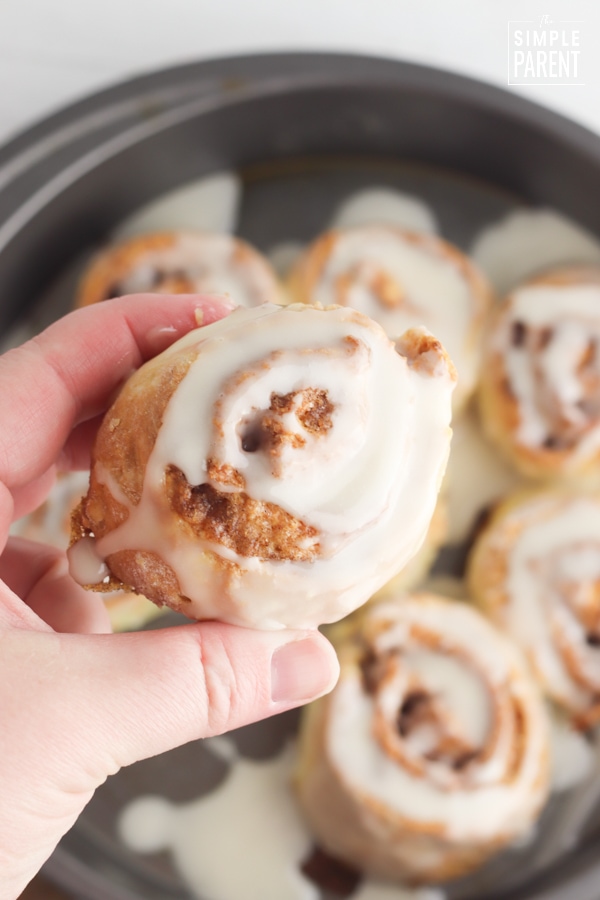 HOW TO MAKE CINNAMON ROLLS FROM BISQUICK

Bisquick Cinnamon buns do require you to make dough but you don’t have to let it rise! That’s a definite time saver!

Exact measurements for each ingredient is listed in the recipe card at the bottom of the post. 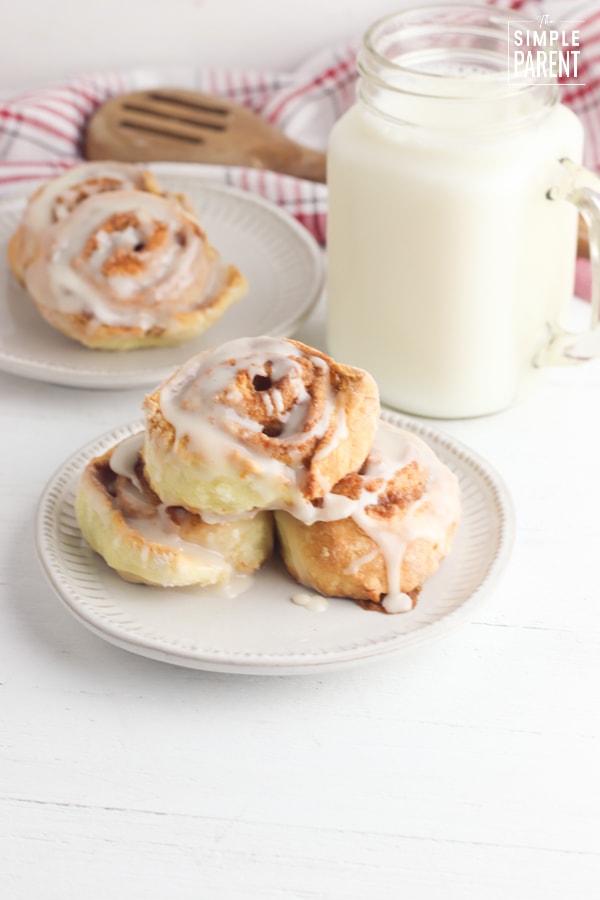 Heat the oven to 375°F and spray an 8″ round pan with nonstick cooking spray. 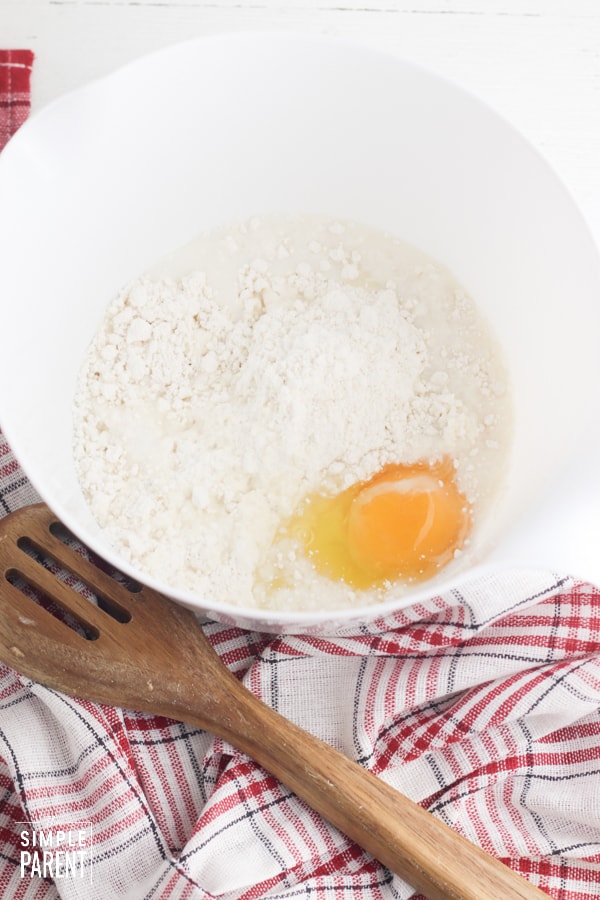 Mix the Bisquick, egg, and milk in a medium-size mixing bowl until a soft dough forms.

Sprinkle a bit of flour on the surface you will roll your dough on. Knead the dough until it is no longer sticky. 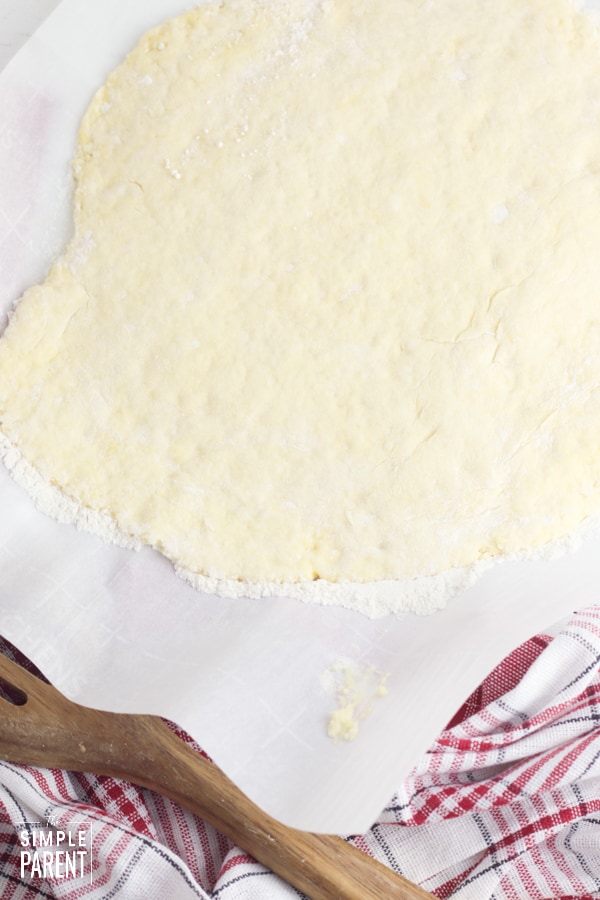 Then roll the dough into a rectangle shape that is about ¼” thick. Add more flour to your surface, if needed. 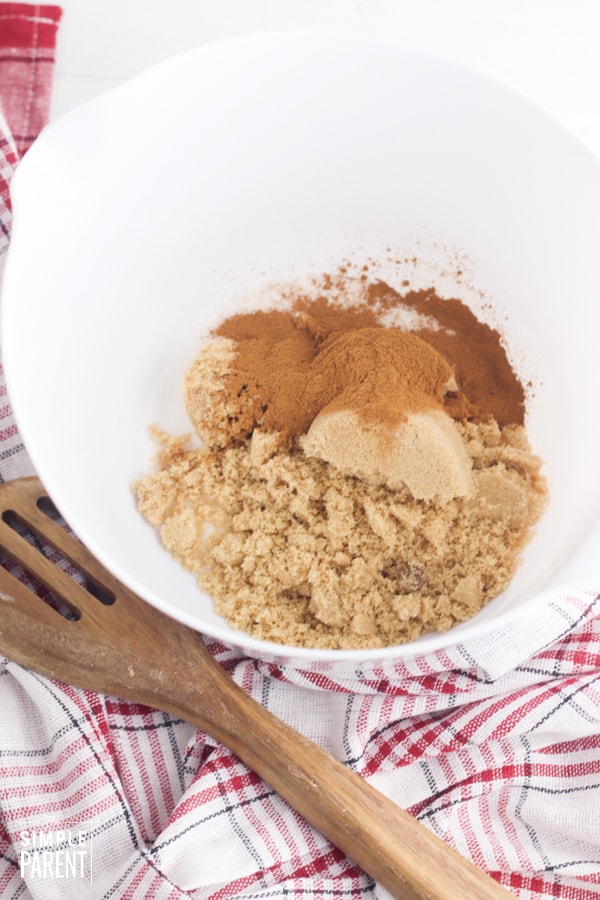 In a small bowl, combine the brown sugar, sugar, and cinnamon for the cinnamon roll filling.

Brush the melted butter over the top of the dough. Then sprinkle the cinnamon-sugar mixture over the dough until it’s completely covered. 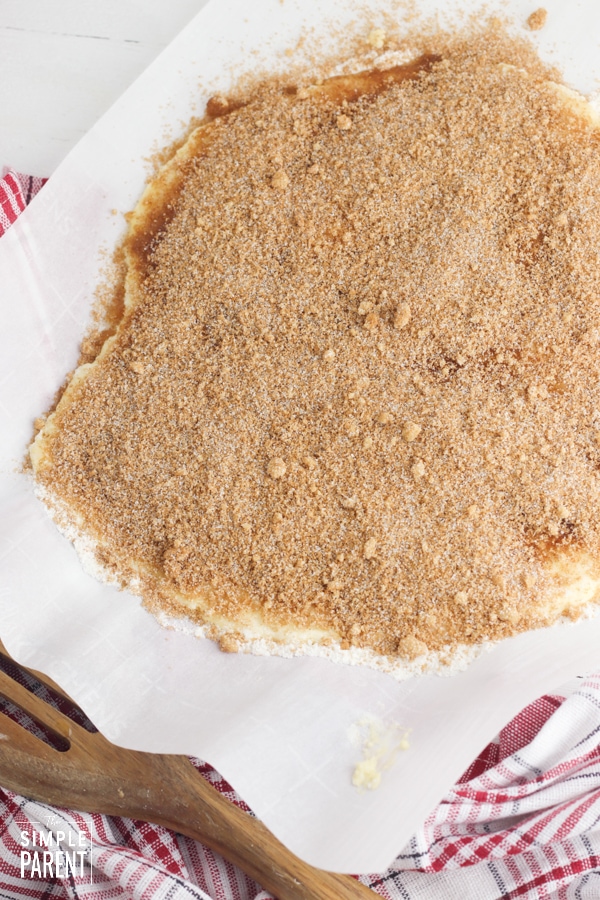 Start at one side and roll the dough in a log shape. Cut the log into 8 evenly sized pieces. 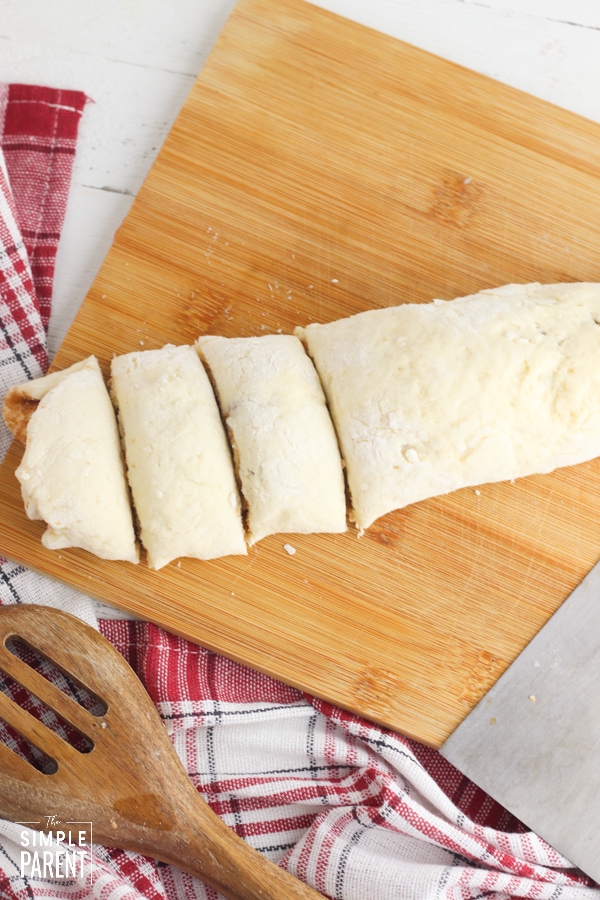 Place each cinnamon roll in the pan and bake for 20-25 minutes or until golden brown.

While the cinnamon rolls are baking, whisk together the powdered sugar, vanilla, and milk until you get a smooth glaze. 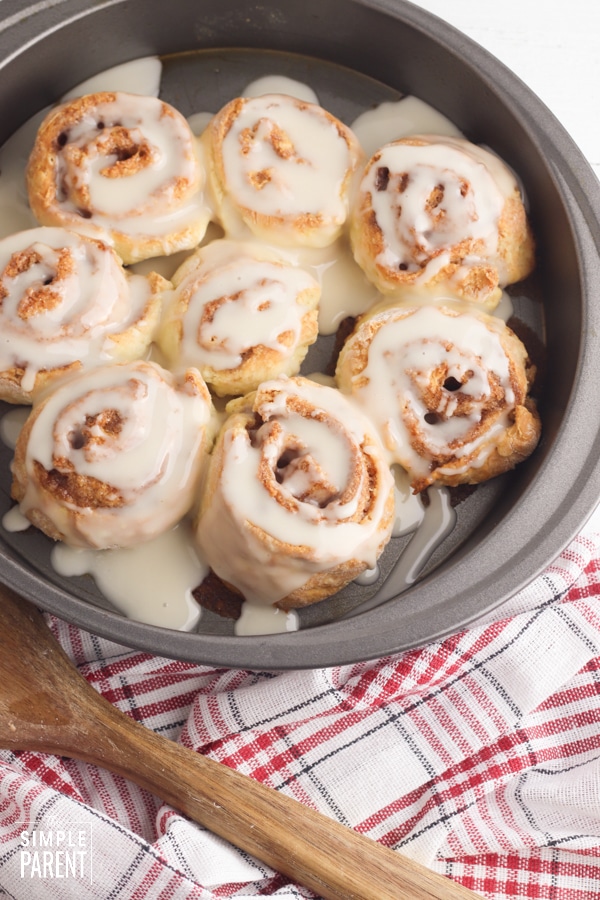 Remove cinnamon rolls from the oven and drizzle the glaze over them while they are warm. 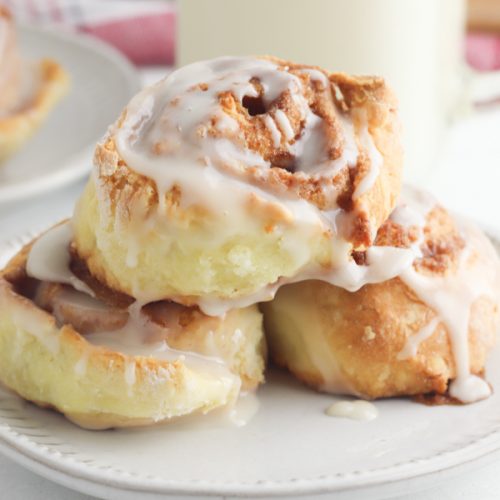 Please note: All nutritional values are estimates. Exact values depend on the specific products used to make the recipe.